The full, complete exposition of Catholic doctrine, this second edition of the international bestseller has been significantly expanded, enhancing both its content and usability. Second Edition (Updated) – revised in accordance with the official Latin text promulgated by Pope John Paul II.

A “must have” for every Catholic household!

The Catechism is revised in accordance with the official Latin text promulgated by Pope John Paul II in 1997. The second edition now includes more than a hundred additional pages, offering such new features as a glossary of terms. Most noteworthy, also include an index of citations from sources and in brief texts on core teachings.

The essential elements of faith are presented in the most understandable manner, enabling everyone to read and know what the Church professes, celebrates, lives, and prays in her daily life. The first new compendium in more than 400 years, the second edition of the Catechism stands, in the words of Pope John Paul II, as “a sure norm for teaching the faith” and an “authentic reference text.”

In 2016, the Catechism of the Catholic Church, Second Edition, was updated to reflect the 2011 English translation of Eucharistic Prayers, Creeds, and other texts in the Roman Missal, Third Edition.

The Catechism of the Catholic Church is arranged in four parts:

Also, the content of the Catechism is faithful to Apostolic Tradition, Scripture, and the Magisterium. It incorporates the heritage of the Doctors, Fathers, and Saints of the Church and illuminates with the light of faith, contemporary situations, problems, and questions.

At the Bedside of the Sick and Dying

Conversations With The Merciful God 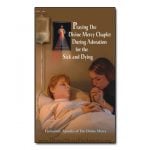 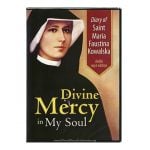