The Life of Faustina Kowalska – The Authorized Biography

“Only love has meaning; it raises up our smallest actions into infinity.” -St. Faustina, Diary entry 502.

The Life of Saint Faustina Kowalska

Maria Faustyna Kowalska, also known as Saint Maria Faustyna Kowalska of the Blessed Sacrament and popularly spelled Faustina, was a Polish Roman Catholic nun and mystic. Her apparitions of Jesus Christ inspired the Roman Catholic devotion to the Divine Mercy and earned her the title of “Secretary of Divine Mercy”. The life of Saint Faustina is written beautifully by Sister Sophia Michalenko.

Through her, the Lord Jesus communicates to the world the great message of God’s mercy and reveals the pattern of Christian perfection based on trust in God and on the attitude of mercy toward one’s neighbors.

The extraordinary visions of this humble Polish nun gave rise to The Divine Mercy devotion which has become increasingly popular among Catholics today.

In this authorized biography of St. Faustina Kowalska (1905 – 1938), you will encounter the life of a young Polish nun chosen by the Lord to be the Apostle and Secretary of The Divine Mercy. She was directed to keep a Diary of her extraordinary visions and encounters with Jesus, Our Lady, and other saints as a means to convey to the world the unfathomable mercy of God in these most trying of times.

This biography, formerly titled Mercy My Mission, includes many excerpts from Faustina’s famous Diary. whether read alone or as a study aid to reading the Diary itself, this book is an inspiring and reliable introduction to this remarkable twentieth-century saint.

Sister Sophia Michalenko, a co-founder of the Community of the Mother of God of Tenderness, currently ministers at the Pope John Paul II Center for Health Care in Danbury, Connecticut. She is by profession an educator. During the 1980s, she devoted herself to researching, editing, and translating various Divine Mercy materials, including the Diary of Blessed Faustina Kowalska in both Polish and English. She is often requested to speak about Saint Faustina’s life and mission.

The Letters of Saint Faustina – over 45 letters

The Spirituality of Saint Faustina 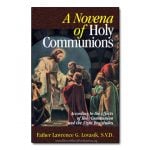 A Novena of Holy CommunionsBooks 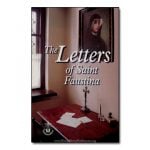 The Letters of Saint Faustina – over 45 lettersBooks