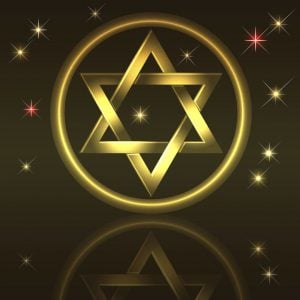 Last summer, in the middle of the 2016 Extraordinary Jubilee Year of Mercy, we were drawn to an amazing correlation between the revelations given to Saint Faustina concerning the Chaplet of Mercy, astronomical events about to occur, Jewish feasts and the 100th anniversary of the miracle of the Sun in Fatima, Portugal.

Since then we double checked facts and have shared our findings with several highly esteemed colleagues and priests. Everyone appeared to be equally amazed. Our work was cut out to put it all in writing and to get the info out there but, for a multitude of reasons, it has been one of the most difficult things to do.

The hope was to publish this blog months ago, then weeks ago, and finally a week ago. I almost gave up on it completely when this morning the draft was lost in space, literally! However, thanks to Dave’s calm perseverance we found it and I was able to finish it up.

So, here it is, as promised to so many of you for so long.

Since the names of the Jewish feast days and dates can get a bit confusing, we included a little chart at the end of the document that should be of help.

We would like to be clear that we are only passing along what we have found, not making any predictions or assumptions about anything. We are sure that there is even more here that can be expanded upon by those with more knowledge and expertise in pertinent fields. You have our blessings to go for it!

The Chaplet
For centuries, Holy Mother Church takes us at this time of year to the foot of the Cross in a particular way. On the 14th of September, we celebrate the Feast of the Exaltation of the Holy Cross; the victory of Christ’s redemptive suffering and the power of God over death and all evil. The commemoration of Our Lady of Sorrows follows on September 15th. On this day we recall the sufferings the Blessed Virgin Mary endured as the Mother of God and seek the grace to imitate her devoutly in contemplating the Passion of Christ.

In these modern times, we have been given even more to reflect upon and celebrate during this period: the gift and promises of the Chaplet of Mercy.

On September 13, 1935, a young Polish nun, Saint Maria Faustina Kowalska, had a vision of an Angel, “the executor of divine wrath,” poised to strike the earth for its sinfulness. She implored the Angel to hold off and the world would do penance, but as the saint wrote her plea “was a mere nothing in the face of the divine anger.”

However, as St. Faustina began to plead with God in words she heard interiorly, the Angel became helpless and could not carry out the “just punishment which was rightly due for sins.” Glory to God!

The next morning, September 14th, the Feast of the Exaltation of the Holy Cross, St. Faustina was told by the Lord to recite the prayer He had taught her the day before. He then gave her the explicit prayers and manner in which to recite them on the beads of the rosary. This prayer is now known as the Chaplet of Mercy. The instructions were as follows:

Doesn’t it make perfect sense that the Lord would give us this prayer offering the sacrifice of Jesus on the Cross to the Heavenly Father on the Feast of the Exaltation of the Holy Cross? How befitting that we are to pray it on the beads of the rosary, just as if holding onto the hands of Our Lady while we pray together with her.

From this point on St. Faustina recorded several occasions in which Jesus directed her to recite the chaplet. In His unfathomable mercy, He also revealed to her many promises attached to its prayerful recitation. See Promises of The Chaplet of Mercy. Millions of souls across the entire world have embraced this prayer reaping abundant blessings for themselves, their loved ones, and indeed, people they don’t even know.

But there is something more to consider here. Something overlooked for the most part. Something the Holy Spirit revealed to us in 2015.

On September 13th, while preparing for an 80th-anniversary celebration of the chaplet, we received a rather random text from a family member that Rosh Hashanah, the Jewish New Year, began that evening and that in ten days it would be Yom Kippur, known as the Day of Atonement.

Suddenly the words of instruction given to St. Faustina on September 14, 1935, regarding praying the chaplet were brought to mind:

You will recite it for nine days.

Aware that Jewish feast days are dependent on the lunar cycle and fluctuate yearly, we did some checking. Although it was not the case in 1935, in 2015 reciting the chaplet for nine days meant that beginning on the 14th we would conclude this novena on September 22nd. Yom Kippur, the Day of Atonement would begin at sundown that very day.

We were amazed and delighted at how the dates coincided. For nine days, while we were to be reciting a prayer imploring the Eternal Father for His mercy “in atonement for our sins and those of the whole world” our Jewish brothers and sisters would traditionally be making atonement for their sins. Remarkable!

The correlation between these events did not occur again in 2016. However, we “stumbled” upon another incredible discovery concerning an astronomical event that would last nine and a half months and culminate in a startling concurrence with the vision of Revelation 12.

Signs in the Heavens
On November 20, 2016, the Feast of Christ the King and the conclusion of the Extraordinary Jubilee Year of Mercy, Jupiter the largest and brightest of the planets considered the “king planet” would enter into the constellation of Virgo (virgin) and appear therein for nine and a half months.

After this “gestation” period, when the King (Jupiter) exits the Virgin (Virgo), the sun will be directly behind the constellation. The moon will be at her feet, and guess what? The planets Mercury, Venus and Mars will join nine stars from the constellation Leo to form a crown of twelve stars on her head.

A great sign appeared in the sky, a woman clothed with the sun, with the moon under her feet, and on her head a crown of twelve stars . . . She gave birth to a son, a male child, destined to rule all the nations with an iron rod. Her child was caught up to God and his throne. The woman herself fled into the desert where she had a place prepared by God, that there she might be taken care of for twelve hundred and sixty days. (Rev 12:1, 5-6)

Concurrence with Revelation 12 has been found by many to be even more intriguing when we consider that these events transpire during the 100th anniversary of the apparitions of Our Lady at Fatima in 1917 and the significance of this time period. What we take a closer look at however, is the fact that the date Jupiter exits Virgo is September 23, 2017, the very day after the Jewish Feast of Rosh Hashanah and the very day after completion of the novena of chaplets the Lord demanded when He gave the prayer to St. Faustina.

We knew we needed to find out more about Rosh Hashanah so we got on the phone with Father Seraphim Michalenko, MIC, our mentor and world renown Divine Mercy expert. Father dove into his book on Jewish feast days, and we were all amazed at what we found.

Jewish Feasts
Rosh Hashanah, the start of the Jewish New Year, is also known as the Feast of Trumpets. Father Seraphim believes that this is the day Jesus proclaimed that the Kingdom of God is in our midst. We meditate upon this in the third Luminous Mystery of the Rosary, the Proclamation of the Kingdom of God.

Rosh Hashanah in the Jewish tradition is also known as the Day of Judgment. The strongest theme of the prayers in the Jewish liturgy of this day is the coronation of God as King of the Universe in preparation for the acceptance of judgments that will follow.

On this day God is depicted as sitting upon a throne while three books of account of the deeds of all humanity are opened for review. In these three books, the fate of the wicked, the righteous, and those of an intermediate class are recorded. The names of the righteous are immediately inscribed in the book of life and sealed “to live.” The wicked are “blotted out of the book of the living forever,” while the intermediate class is allowed a respite of ten days to reflect, repent and become righteous. Upon doing so, they are “sealed” as saved on Yom Kippur, also referred to as the Day of Atonement.

If this sounds familiar to you, it may not be because you are of the Jewish faith, but because you have heard about the Illumination of Conscience prophesied by several mystics in the Church. In a nutshell, it is a time of divine truth and mercy when in an instant each person on Earth will see the state of their soul as God sees it.

The way we remember explanations about this event are as follows. For the wicked, the vision will be so horrific that they will perish immediately. For the righteous, it will be painful to see the sins they have committed, but also a joy to see the way they have pleased God in serving Him and His people. They will be called upon to help those who are neither wicked nor righteous yet seek forgiveness and salvation by making reparation for their sins.

We were stunned that we had not been aware of the similarity between the ancient Jewish traditions and feasts, the prophesies mentioned here, and the correlation of the dates unfolding before us. 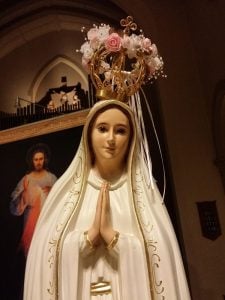 In 2017, the Day of Judgement, Rosh Hashanah, falls on September 22 and is followed by Yom Kippur, the Day of Atonement, on September 30th. The festival of Sukkot is next and begins at sundown on October 5th, the anniversary of the death of St. Faustina who died in 1938. Sukkot is called “the time of our joy” as it is assumed that all have repented and are sealed for life.

As are all Jewish festivals, Sukkot, the seventh and final feast of Israel, is celebrated for eight days. This festival which is also called the Feast of Tabernacles and “the time of our joy” will conclude in 2017 on October 13th, the 100th anniversary of the Miracle of the Sun in Fatima, Portugal. 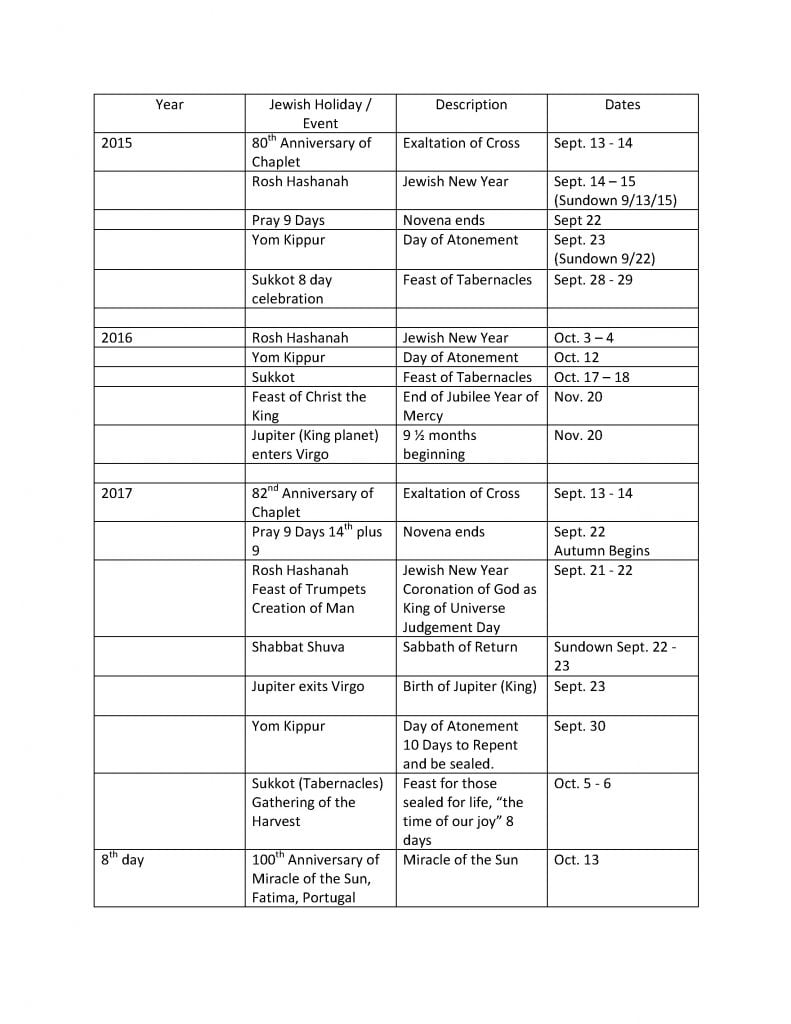